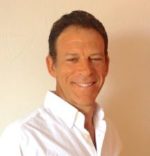 I would imagine my upbringing within Judaism was not so different from that of a great many people. My parents forced me to go to Hebrew School at the Reform synagogue where our family belonged. I resisted tooth and nail, had a Bar Mitzvah and only set foot in the building thereafter when attending High Holy Day services with my father (my mother refused to go). Fast forward 20 or so years and I was now the father of a young son, and my wife and I were confronted with the question of where he would go to pre-school. Now, as it happened, a Reform synagogue in Berkeley, CA, where we then lived, had one of the best programs in the city, so we chose it, and so began my re-emergence into Judaism.

When we moved back to the East Coast, it didn’t take us long to join the fledgling Reform synagogue in Northampton, MA, to which we had moved. Before I knew it, I was on the Board of the temple, and the next stop was its presidency. While I wouldn’t wish being the president of a Jewish organization on anyone (you know what they say… two Jews, three opinions), one of the great aspects of being the president of a synagogue is that you get to spend a lot of private time with a rabbi, and through this process I came to appreciate a rabbinic view of the world, attempting to bring the wisdom of Torah into our daily lives. I also did whatever I could at the synagogue, teaching in the Hebrew School, leading services from time to time, offering Torah study, etc.

I had been for 20+ years the Executive Director of a non-profit I founded in 1990 that sends US high school and college students abroad to do community service work and experience in-depth cultural immersion. While I cherished the work the organization accomplished, I was getting very tired of doing the same things. At that point I found the Jewish Spiritual Leaders Institute (JSLI) and my eyes were opened. Now, an ordained rabbi through JSLI, I have very strong feelings about Jewish Universalism.

Our small Reform synagogue worked as hard as it could to accommodate the needs of the many interfaith households that comprise it. Try as it might, there were too many times when in spite of its stated desire to be inclusive and egalitarian, people walked away from some interaction, some established policy, some organizational hurdle feeling less than cared for, less than well-considered. Too many times both within the context of that synagogue and surely beyond it, I saw or heard of both Jews and non-Jews feeling alienated, pushed away, not accepted and more. Why on earth would we want to do anything that makes Judaism LESS attractive to people when at this point only 30% of American Jews choose to affiliate with a synagogue!

In my view Jewish Universalism isn’t only about making Judaism more accessible to more Jews; it’s just as much about taking the beauty and uniqueness of the Jewish wisdom tradition, celebrating it, and making it available to anyone, Jew or non-Jew, who has an interest, meeting that person wherever she or he is, and offering teaching without any judgement whatsoever. I am committed to this endeavor, and try to bring my love of teaching, and openness to many spiritual paths to any encounter.

One thought on “Rabbi Kenneth Hahn”