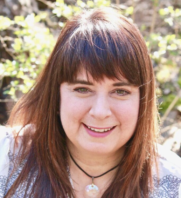 Rabbi Nancy Tunick is a Nashville, TN based Rabbi, cantorial soloist and composer who has served congregations in Philadelphia, PA; Meridian, MS; Jacksonville, FL and currently serves as Rabbi and cantorial soloist for Temple B’nai Israel in Florence, AL.

Tunick began serving Temple B’nai Israel as their cantorial soloist and composer in 2000 and became the congregation’s spiritual leader in 2008. She was ordained as a Rabbi in July 2013 as part of JSLI’s 6th graduating class.

Tunick is a graduate of Temple University with a B.M. in Voice Performance. She began her music career in broadcasting as an on-air personality, music director and news director in various formats of radio and also hosted talk and music video television programming in Meridian, MS; Jacksonville, FL; Key West, FL and in national syndication.

Tunick then moved to Nashville where she served in executive roles at Asylum Records and Warner Bros. Records. She currently is co-owner of GassRoots Promotion, a music promotion, consulting and social media marketing company.

In addition to her rabbinic and cantorial work at Temple B’nai Israel, Tunick leads weekly Ma’ariv services for Sim Shalom and is a “Keynote Cantor” delivering motivational speeches underscored by original cantorial music. Her primary presentation, “Songs for the Unsung,” is a tribute to the Christian rescuers of Jews during the Holocaust. This moving multi-media event incorporates photos, music and words to encourage conscience and courage for Jewish and Christian audiences. Nancy also recently completed her first Jewish children’s book titled, “Eli Goes To Heaven” and has a corresponding presentation for adult Jewish audiences titled “We Have Heaven Too” that blends cantorial music with insights into Jewish traditional beliefs about soul survival and techniques for teaching Jewish children about those beliefs.

Tunick serves on the Advisory Council for Country Cares for St Jude Kids, consults Hear The Music Live, a non-profit that sends foster children to their first concerts, and is a member of Source and the CMA in addition to being a founding Rabbi of UJUC.